Meg Booth worked with organizations like North Carolina Dance Theatre, White Oak Dance Project, Twyla Tharp Dance and Dance/USA before spending 11 years directing dance programming at the John F. Kennedy Center for the Performing Arts in Washington, D.C.  Though the new CEO of Houston’s Society for the Performing Arts (SPA) has used her curation and programming expertise to orchestrate a dazzling and diverse 2019-2020 season of music, drama, storytelling and everything in between, it’s safe to say Booth knows a little something about assembling a season of great dance. Booth walked ACTX dance writer Nichelle Suzanne through SPA’s upcoming dance series, which opens with the Martha Graham Dance Company (Oct. 18), giving insight into her choices, her goals, as well as her enthusiasm for dance.

In the last 35 years Martha Graham Dance Company has graced Houston only twice—the last time in early 2005. Why is now the time to bring the Graham company around again to kick off SPA’s dance series?

Martha Graham, who died in 1991, inadvertently encouraged other choreographers and artists to clearly define their intentions for legacy planning, and the years following her death were tumultuous for the company. After successfully navigating those challenges, Janet Eilber was named artistic director of the company in 2005. A former principal Graham dancer who worked directly with Ms. Graham, she carries the tradition forward and has guided the company to a new strength. The company is stronger than I have seen them in the last 20 years. 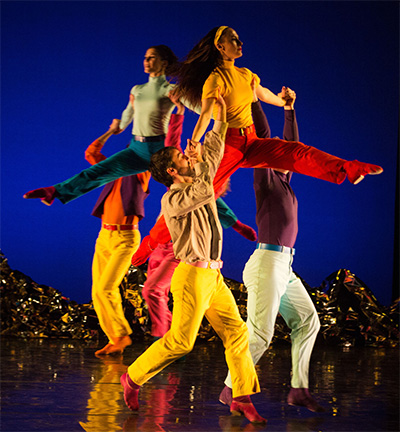 The program will feature works from The Eve Project, which includes classic Graham repertory from different decades and newly commissioned work. Chronicle, for example, premiered in 1936. How does this program affirm that work that is more than 80 years old is relevant in 2019?

Chronicle carries a timeless message about the strength and power of humanity while reminding the audience about how important it is to stand up for or against a cause. Chronicle celebrates women’s strength in the 100th anniversary of the 19th Amendment, but it also was a statement against fascism. We are fortunate that artists bring attention to and help us process our humanity. With our political landscape and the “Me Too” movement, Chronicle could have just as easily been created this year as 80 years ago.

After the holidays, the dance season picks up again with Mark Morris Dance Group. Another single-choreographer dance company, it’s one of the few left of its kind with a living choreographer at the helm. Why is Morris’s Pepperland a good fit for the season?

Mark Morris is an incredibly musical choreographer and Pepperland gave him the opportunity to play with and be inspired by the music of The Beatles. The entire score, which is performed live, was inspired by the album Sgt. Pepper’s Lonely Hearts Club Band. The performance is a kaleidoscope of color, music and movement you will not want to miss. 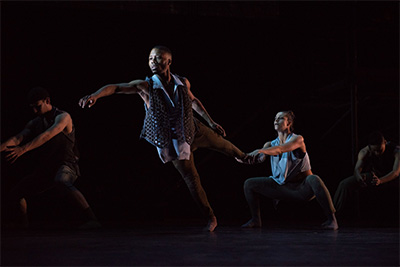 Come Through is another example of dance intersecting with popular music. The cross-genre collaboration between Twin City company TU Dance and Grammy-award winning indie-folk band Bon Iver is unique for many reasons, but what personally excites you about this work and about its Houston debut?

Both TU Dance and Bon Iver are accomplished artists but through this collaboration, they were able to push themselves artistically to create an exhilarating evening that neither could do alone. If you watch Bon Iver’s new music videos on YouTube, you can see some of the TU Dance artists in those videos. Beyond the not-to-miss performance, we are discussing piloting a residency/education program with artists from the band and the dance company. The program encourages collaboration among visual and performing arts students and I can’t wait to see where it leads.

We are also thrilled to bring home TU Dance company member Christian Warner, who grew up in Houston and went to Kinder High School for the Performing and Visual Arts (HSPVA), to perform. 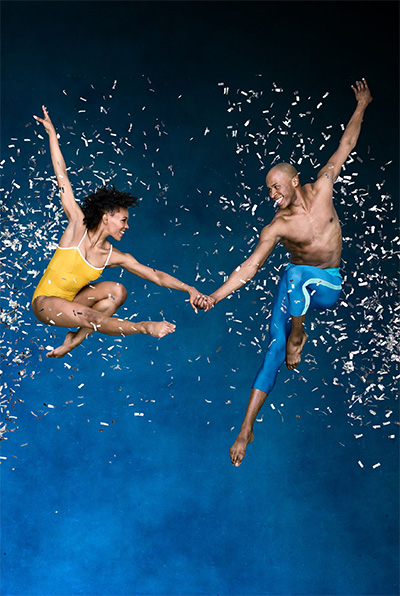 Alvin Ailey American Dance Theatre is a Houston favorite and traditionally performs here every other year. Was there any temptation to break with this tradition?

I’ve just come from the Kennedy Center where Ailey performs annually. The company has a huge repertoire that grows every year to include new commissions and choreographers in addition to Ailey classics like Revelations. I was thrilled to know Houston audiences know and appreciate this company as much as I do.

It’s exciting to have a world premiere on the program. Kyle Abraham premiered a new work with L.A. Dance Project in Dallas in 2018 and now he’ll debut An Untitled Love with A.I.M, his own company. What drew you to his work?

I’ve long been impressed with Kyle’s thoughtfulness and intelligence as an artist. In his dances, he harnesses the personal to create the powerful. An Untitled Love is about love, connection and unity in the black community—and frankly, we need more repertoire in dance and other artforms that speak to these themes. Understanding that A.I.M has not performed in Houston yet, and with this new work on the horizon, we were thrilled the timing worked out to co-commission this piece and to present the world premiere. 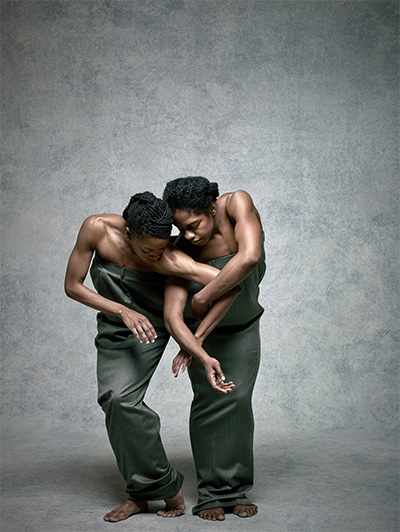 You’ve mentioned that commissioning work puts Houston on the map. How does being first to present a commissioned dance work play into your broader strategy for SPA?

For 53 years now, SPA has been a multidisciplinary presenter and we are fortunate to have an audience with broad and diverse interests. Though we are co-commissioning a dance piece this season, SPA is devoted to supporting artists and the creation of new works across all genres. Currently, we are in a couple of different conversations about non-dance co-commissions. We are committed to enhancing Houston’s vibrant arts scene with works that put our city on the map as a cultural destination like D.C. or New York City.

You are bringing internationally recognized American dance to Houston, but you are also connecting with the local dance community. Marlana Doyle, former artistic director of METdance, debuted her new company, Houston Contemporary Dance Company at your open house, for example. Why is establishing local connections in dance, or any art, important for your organization?

SPA has long had a prelude program where we present young local artists prior to mainstage performances. We were so happy to support Houston Contemporary Dance Company in their debut. These artists are part of our community and they enrich our lives. Connecting them with our open house audiences was serendipity. 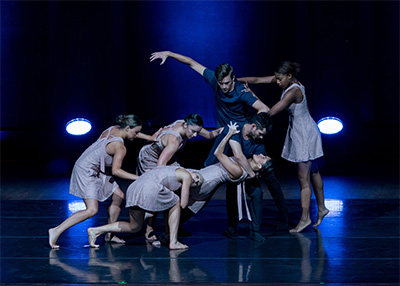 If you could narrow it down to the one goal you have for the dance series this year, what would it be?

As a presenter, one is always thinking about the barriers that may prevent people from participating in, experiencing or appreciating the arts. I hope our dance season breaks down some barriers and inspires people. Dance can touch your soul just like a great book or a long conversation with a good friend—I want more people to experience that.

Who We Are
News & Blog
Work With Us